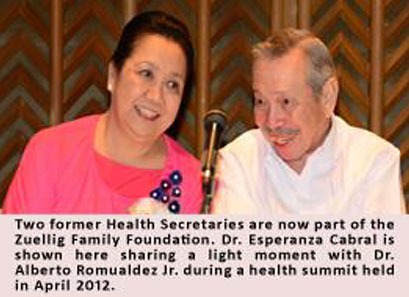 The Zuellig Family Foundation recently welcomed former Health Secretary Esperanza Cabral to its board of trustees. She is the lone woman and the second former health chief in the ten-person board. She brings to Foundation not just her clinical and public health experiences but her vast knowledge as well about the plight of the poor […] 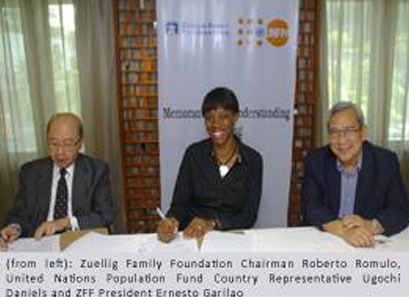 UNFPA ZFFThe United Nations Population Fund (UNFPA) and Zuellig Family Foundation (ZFF) formally agreed to work together to make health champions out of provincial and local elected officials. Called “Strengthening Provincial and Municipal Champions in Health” the five-year leadership capability-building program will be given to the governors and provincial health officers of the ten provinces […] 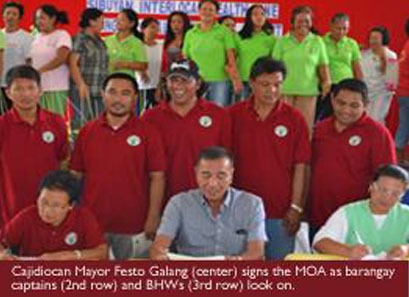 Finally, barangay health workers (BHWs) in Sibuyan Island, Romblon get the protection and benefits they rightfully deserve. In the inter-local health zone (ILHZ) of Sibuyan Island which is composed of the municipalities of Cajidiocan, Magdiwang and San Fernando, the mayors, BHW Federation presidents and barangay (village) captains formally agreed to measures that would prevent the […]

No Woman Should Die Giving Life 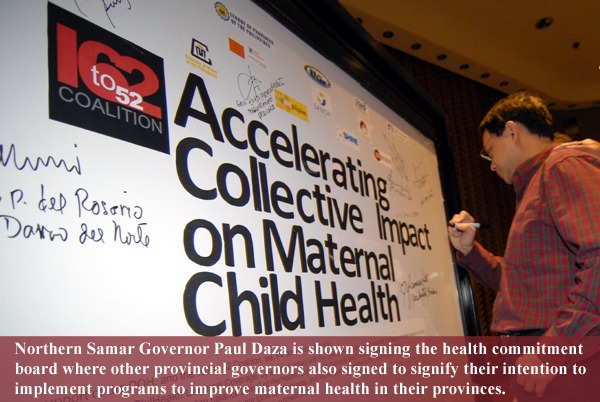 Acknowledging the gravity of maternal health problems in the country, governors where maternal deaths remain serious committed to implement programs that will address the problem. Three of these governors—Sol Matugas of Surigao del Norte, Paul Daza of Northern Samar and Sharee Ann Tan—also forged a partnership with the Zuellig Family Foundation by signing a Memorandum […] 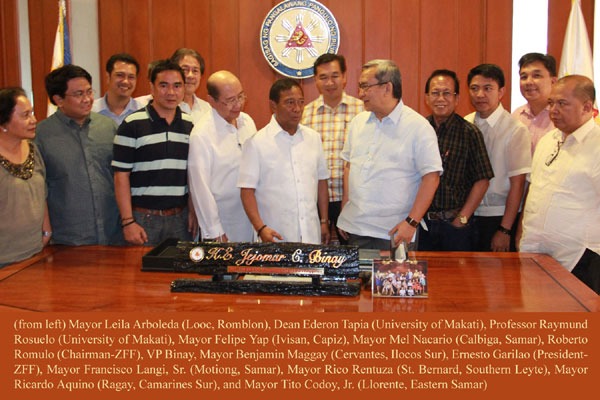 Visit thumbAfter six months of practicing what they were taught in the classroom, nine mayors trooped to the office of Philippine Vice President Jejomar Binay to present the significant health improvements in their respective municipalities. The nine mayors, along with their municipal health officers (MHOs), belong to the first batch of local health leaders who […]

Summit held for health and education improvements in ARMM 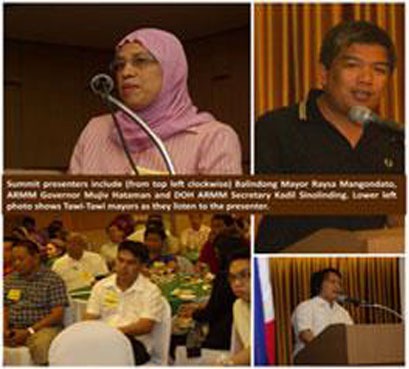 It is a region mired in poverty, where quality health services for the poor remain elusive while “ghost teachers” abound though there are still over 2,000 teaching positions waiting to be filled-up. The dire health and education situation in the Autonomous Region in Muslim Mindanao led the Zuellig Family Foundation (ZFF) and Synergeia Foundation to […]