By Iris Gonzales (The Philippine Star)

MANILA, Philippines – Cousins David and Daniel Zuellig of the Zuellig Family Foundation as well as Nanette Medved-Po, founder of Generation Hope and Friends of Hope, have made it to the Forbes 2017 Heroes of Philanthropy list in the Asia-Pacific.

Since 2008, Forbes has been drawing up the list of philanthropists who have made the news with their donations and recognizing those with a long record of supporting worthy causes. Its honorees include billionaires, business people and celebrities who are making a mark with their generosity.
Forbes listed 40 philanthropists from 14 countries this year.
In the Philippines, it recognized the Zuellig Family Foundation because of its improved health care services in poor rural areas, significantly reducing mortality rates for infants and mothers. 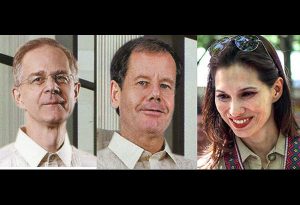 “The family’s Zuellig Group – a low-profile but powerhouse pharmaceutical company in Asia – has contributed an average of $2.3 million annually over the last five years to the foundation,” Forbes said.

With only 83 staff members, the Zuellig Family Foundation trains rural governors, mayors and their staff on leadership and good governance.

Forbes said the foundation only served nine municipalities when it started in 2009, but has since grown the program that it now caters to 640 municipalities or 42 percent of the country’s total number of towns.

“The program is also implemented through partnerships with the Philippine health department, the UN and the US government,” it added.

In recognizing Medved-Po, Forbes said the former actress and model started Generation Hope, which donates all profits made from the sale of “Hope in a Bottle” bottled water to the Friends of Hope, a nonprofit organization that builds classrooms around the country.

“She began the venture in 2012, has spent nearly $900,000 and has sold almost 9 million bottles, built 37 classrooms and improved the learning environment for more than 7,000 students,” Forbes pointed out.

Medved-Po explained why she focused on building classrooms. “I believe investments in education carry the greatest ripple effect to narrow the wealth gap over time and my building a classroom was tangible and easy enough for everyone to understand.”

To make it to the list, Forbes said it only looks for “true philanthropists, people who are giving their own money, not their company’s (unless they own most of the company), because we don’t consider donating shareholder funds as charity.”

“And we also don’t list people who work in philanthropy solely as foundation heads, volunteers or fundraisers. We want to focus on the people supplying the financing and sketching the broad vision. If our effort in compiling this roster encourages more people to support worthy causes, then we’ll consider it a good deed,” it also said.

Forbes also listed former Chinese basketball superstar Yao Ming for equipping and training students in sports, especially in schools that are in the remotest regions of China; and Charles Chen, co-founder of Tencent, who committed $320 million to improving education last year. The money will fund the Yidan Prize to be awarded each year to support the most transformational ideas in education.

From Australia, it listed iron ore magnate Andrew Forrest, founder & chairman of Fortescue Metals Group, which donated more than $300 million in May to various causes, including cancer research, education and greater opportunities for indigenous people.

Indonesia’s Tahir, founder and chairman of Mayapada Group, also made it to the list for contributing $2.2 million to Syrian refugee families in Jordan, providing them with a monthly allowance and solar panels for their schools. Tahir also donated $1 million last year for the winter coats of 10,000 refugees and $2 million to a UN campaign to provide temporary shelters for two million refugees.

For the first time, philanthropists from Myanmar and Vietnam also made it to the list.

Forbes recognized Ken Tun, founder and CEO of Parami Energy Group, who donated more than $1 million for rural development, reforestation and education in Myanmar over the past few years. He also founded the PyninYawDaya (Ray of Education) Foundation this year to develop social enterprises to support monastery schools and its graduates.

This article can also be viewed at http://www.philstar.com/headlines/2017/06/30/1714893/zuellig-family-medved-po-among-forbes-philanthropy-heroes.